Quintessa mathematicians and scientists enjoy analysing numbers. As part of an internally-funded project, Simon Rookyard has developed an algorithm for sports team rating and result prediction. It will be put through its paces during the upcoming European Football Championship. 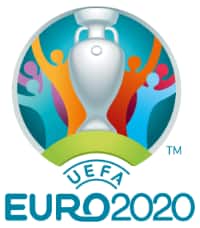 In late 2019, Quintessa reported the development of a novel algorithm (“N-Estimates”) to assess the overall standard, or “rating”, of a sporting team. As well as calculating a team’s rating, the approach can be used to predict upcoming results, so with the delayed 2020 Men’s European Football Tournament (UEFA EURO 2020) starting on 11th June 2021, we’ve taken the opportunity to present predictions for the first round of the championship.

The N-Estimates algorithm uses a mathematical model of the standard of a team (in essence, a probability distribution of how well that team will perform on a given day). This model is tuned to the historical results for that team and takes into account such effects as home advantage and the strength of the opposing team in each match. In this way, the algorithm arrives at an average “rating” for each team. When predicting match results, the rating difference between the two teams is converted into a goal difference, and an analysis of the two teams’ recent results determines which scoreline is most expected (subject to satisfying the calculated goal difference). The uncertainty in the teams’ ratings (taken from the widths of the probability distributions) also allows a ±1σ range of goal differences to be calculated. This uncertainty reflects natural match-to-match variability in a team’s performance level, as well as the potential impact of human error and refereeing decisions on the result.

In the opening stage of the tournament, teams will be competing in six groups of four with each playing the other teams in their group, giving 36 matches to predict in total. The predictions are given below. The plots indicate likelihood levels of various possible results. The x- and y-axes represent the number of goals scored by the "home" and "away" teams respectively, with the home wins below the diagonal line and away wins above. The green (largest) circle denotes the most likely result, as quoted in the table. The amber (medium) circles describe the results with a goal difference within ±1σ, with the additional condition that the numbers of goals scored by both teams are within two of the most likely prediction. We therefore expect the result of each match to lie within the amber region, with approximately 1σ confidence.

Who will be group winners? The algorithm thinks it will be good news for Italy, Belgium, the Netherlands, England, Spain and Germany.

Quintessa is not affiliated in any way with UEFA. Its application of the N-estimates algorithm to the UEFA EURO 2020 competition is an independent and non-commercial endeavour. The UEFA EURO 2020 logo is copyright of UEFA.